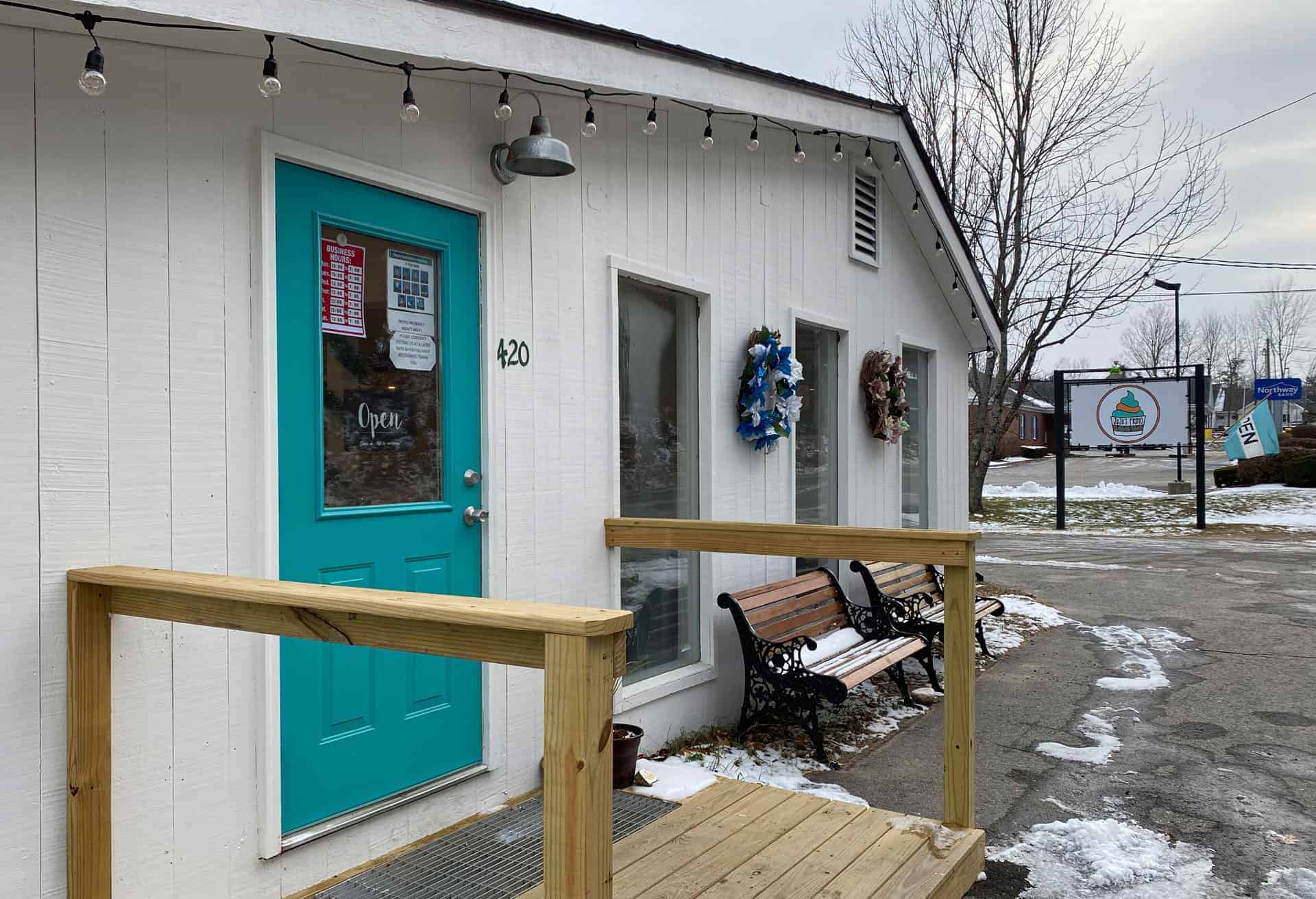 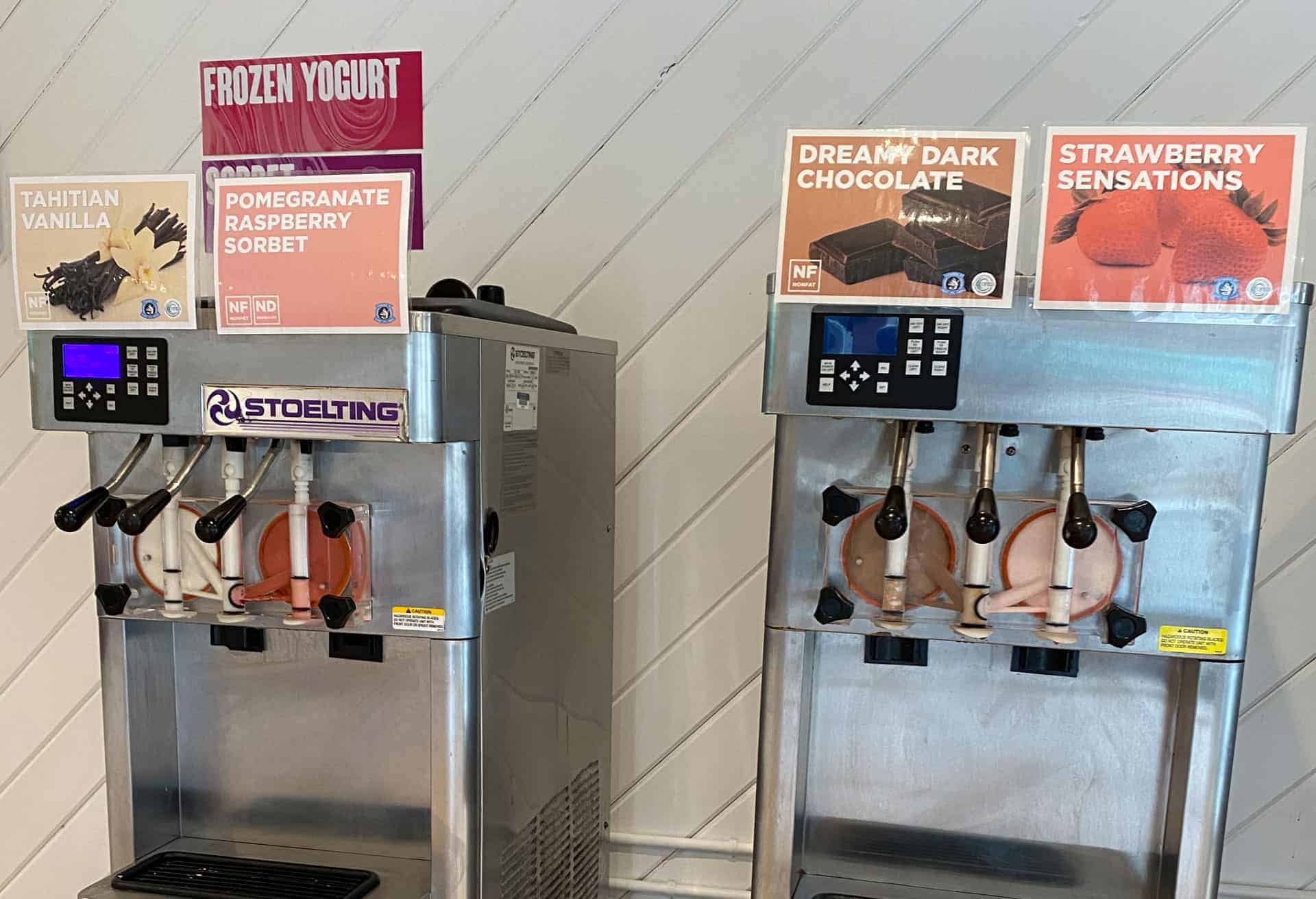 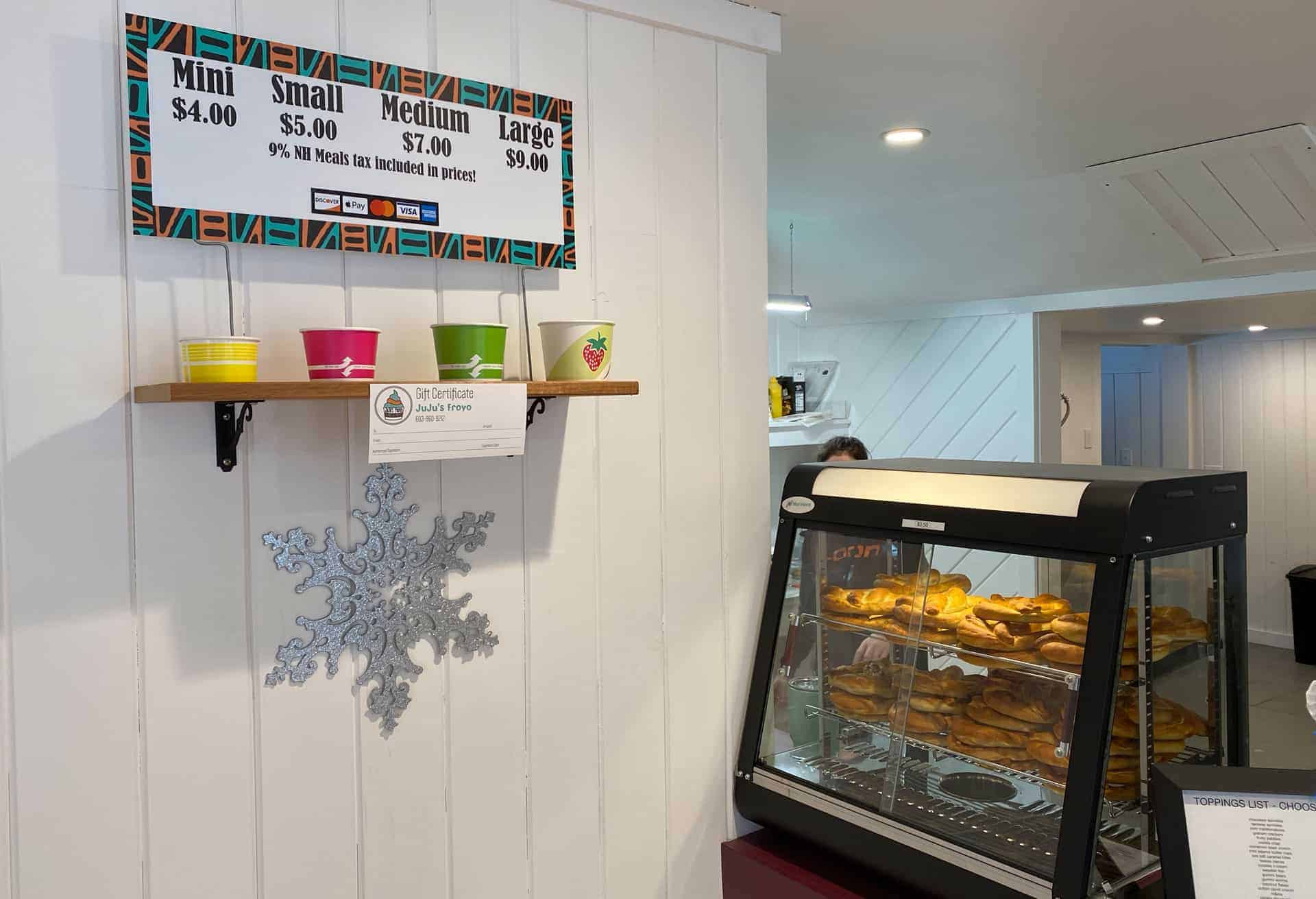 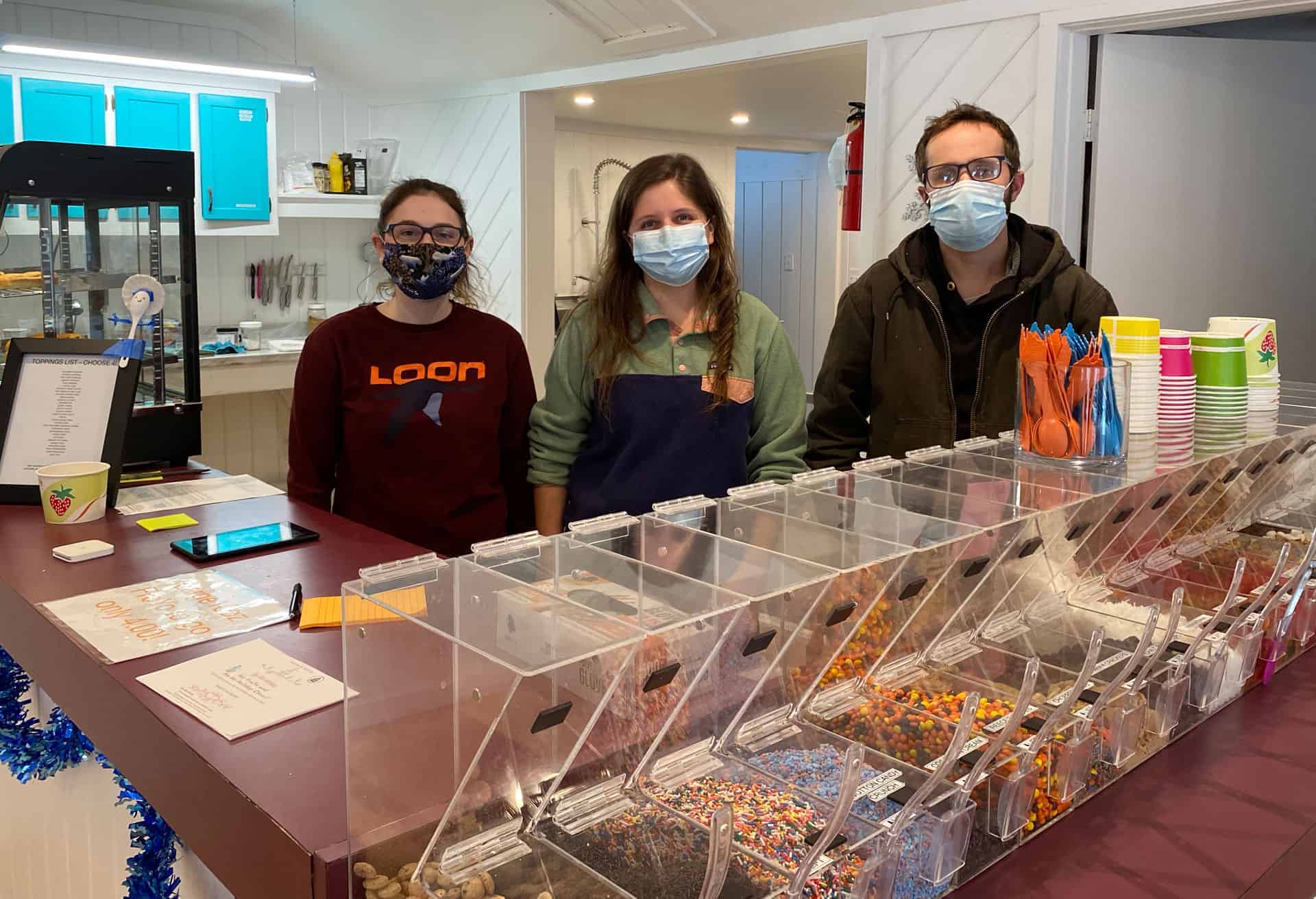 Thanks to a little white building strung with blue and orange pennants, Route 49 is cheerier even during the change of seasons. Juju’s Froyo, the new frozen yogurt joint in town, has truly brightened Campton. I’ve visited several times, following the irresistible allure of raspberry sorbet, and I have seen almost every demographic there to enjoy a frozen treat—from elderly couples to clusters of eager kids.

I sat down with owners Troy and Brook White to discuss the evolution of their project.

The Whites currently have five children, but their idea of a frozen yogurt shop sparked years ago, when they were traveling the country with one child and another on the way. They loved stopping for frozen yogurt and admired the simplicity and effectiveness of the business model. The Whites considered opening a SweetFrog franchise in Lincoln; however, franchising was an expensive venture, and they knew the commute from Campton might place strain on their growing family.

Eventually, 2020 brought them their chance. Sky and Jessye Bartlett, family members and investors in Juju’s Froyo, assisted the Whites in securing the old ski shop on Route 49 which had sat empty since 2017. The location was perfect and the Whites bought the building without even seeing the inside. They closed on it in June, and the turnaround was incredibly quick. By August 1, they’d completely transformed the ski shop into a clean, hip space dotted with colorful accents.

Some frozen yogurt franchises sell their product by weight. This often leads to “sticker shock,” where the customer decides not to buy the product after they see what they owe. This results in wasted product and an unhappy customer. Instead, the Whites charge by cup size, so the customer pays right away. Each cup includes three toppings from a plentiful array of candy, fruit, and bobas.

“Juju” is a nickname for Judah, the Whites’ seven-year-old son whom they adopted from South Africa in 2018. Their entire family made the nineteen-hour flight to Johannesburg to meet their new addition. It was the kids–Rain, Eden, Ryder, and Ivy–who suggested they name their new business venture “Juju’s Froyo,” but Brook and Troy wanted to ensure that Sky and Jessye approved of the idea. As it happened, Sky came to them with the exact same name, so the decision was unanimous.

Just like the adoption, the White kids have been involved with the family business from the start. “We have pictures of them laying the new floor,” said Troy, who also owns Bartlett Flooring in Campton. The kids helped throughout the remodel and anticipate one day working the counter. “They’ve definitely come alongside us,” said Brook. “It’s nice to get them started early on a work ethic and an inside look at how a business works. And, they are great taste testers.”

THE FUTURE FOR FROYO

The Whites recently introduced homemade hot pretzels, topped with either salt or cinnamon sugar, for the off-season. They also hope to begin selling hot beverages.

As the seasons have changed, Juju’s has transformed into a winter wonderland. Festive lights adorn racks of Christmas trees for sale from High Altitude Tree Farm. Another local business, Simply Swags by Brook Rose, are for sale inside (cash only). There is now an outdoor fire pit and the Whites hope to create a skating rink for future winter fun. Summer plans include a playground and outdoor seating, as well as walking space beside the river.

In creating something their own family will love and enjoy for years to come, the Whites have provided the same for their entire community. Like their page on Facebook for more updates as the business continues to grow!