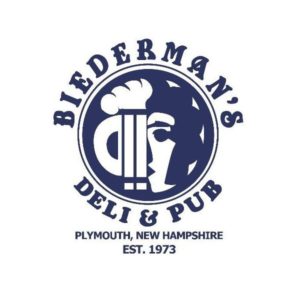 Together with their families, they’re excited to continue the legacy that is Biederman’s, and have it always be your favorite place to go.

Biederman’s Deli first opened in 1973 as The Cellar Pub. With two draft beers, seven sandwich selections and Tony’s Frozen Pizza, “The Pub” quickly became a favorite for locals and college students. Many could be found watching their favorite team on the 19-inch “big screen” TV, playing foosball or choosing songs from the jukebox.

When The Pub opened, Scott Biederman, a Plymouth State College student, was hired to work nights tending bar and serving food. After graduation, he became the general manager with the dream of creating a place that locals could call home! To make this dream a reality, Scott and Patti (Ryan), his significant other and Plymouth State graduate (’76), took an adventurous step and purchased the business in 1976.

While running The Pub, Patti and Scott opened The Down Home Deli on North Main Street with the hopes of creating the deli they always envisioned. During this time, they also had other dreams – a family. With two young children, Patti and Scott realized owning one business that combined the best elements of The Down Home Deli and The Pub would be ideal. In 1986, after a total renovation, The Pub reopened as Biederman’s Deli and Pub. 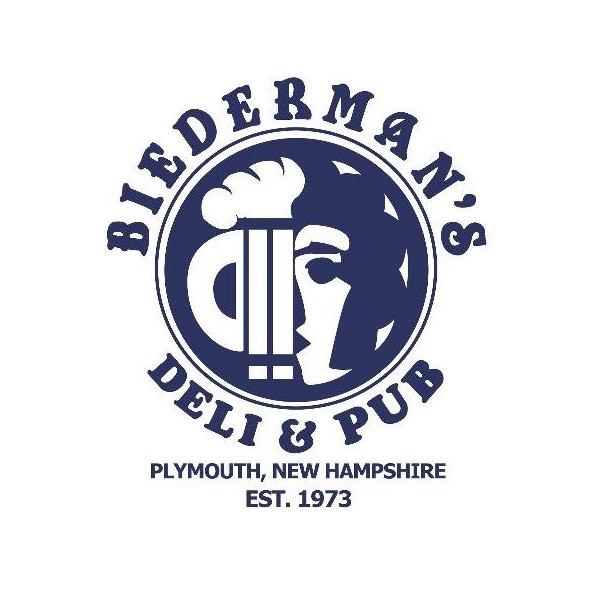